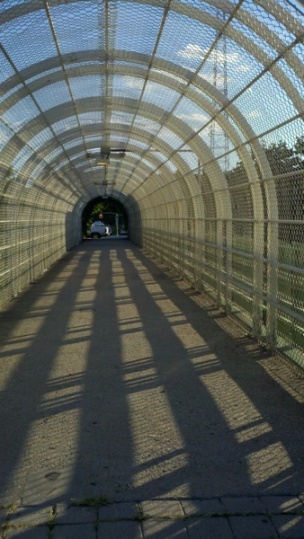 If you have been following the unfolding of our global poetry-share, you may recall SS of Brooklyn, who was the “woman eating lunch” at the Battery Park Labyrinth when the very first copies of poetry were placed in Manhattan back in July. Here she is now, with an update on her own poetry planting…

“…Yesterday I placed ‘Arouse From Your Slumber’ on the pedestrian overpass I walk over at least twice daily to get to and from the subway. Two pictures are attached — one of the overpass in the early evening (earlier this week), and the other of the poem tucked into branches and leaves growing on one part of the ‘pass. 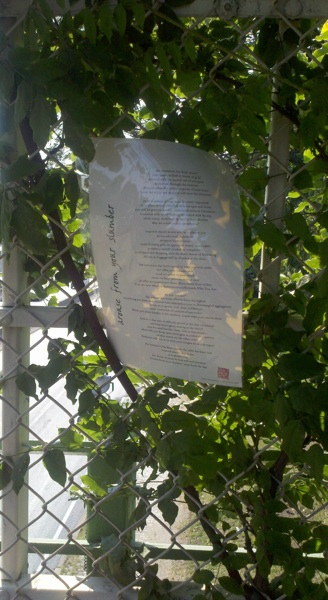 “When I first moved to New York, to be honest, I was a bit intimidated to walk over this overpass to get to my apartment, but now, after two years, I have grown to appreciate its city-like, industrial beauty, and have also discovered hidden surprises. For example, last year, I found a man practicing his saxophone directly in the middle of the overpass. It was wonderful!

“Placing poetry there seemed like the perfect thing, so maybe someone else, passing over, perhaps new to the neighborhood, might feel a little warmth and friendliness. Two hours later, when I walked back over, the poem was gone, and nowhere to be found in the surrounding areas.”

In other news, three poems have been translated into Spanish and will be featured very shortly, thanks to Rose Mary of Lima, Peru, and the ubiquitous Jane P of the UK. Also, EP has confirmed receipt of her poetry package in Moscow, Russia – though she hasn’t quite gotten around to it since she just returned home after traveling around the world for 8 months!

I just received word of another no-show poetry package in Australia (that makes two now), so we’ll address that. Christine of New South Wales will report later on a planting in County Cork, Ireland, at the Drombeg Stone Circle, after she meets up with an additional poetry package sent c/o her son in Paris.

This past weekend (Labor Day Holiday in the U.S.), I joined a cozy group of 13,000 people (!) who gathered in Colorado for an appearance by President Barack Obama. While there, I planted two poems — including “Prayer for Inclusion” in this sweet little garden on the campus of the University of Colorado at Boulder. Trees make such wonderful poetry holders! 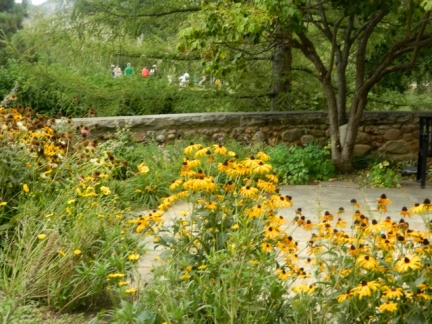 IF YOU RESOnate, donate! I am always grateful for your heartfelt support